DHS Informatics providing latest 2021 – 2022 IEEE projects on Raspberry Pi projects for the final year engineering students. DHS Informatics trains all students in Blockchain techniques to develop their project with good idea what they need to submit in college to get good marks. DHS Informatics offers placement training in Raspberry Pi at Bangalore and the program name is OJT – On Job Training, job seekers as well as final year college students can join in this placement training program and job opportunities in their dream IT companies. We are providing IEEE projects for B.E / B.TECH, M.TECH, MCA, BCA, DIPLOMA students from more than two decades.

Abstract: The proposed system is based on Raspberry Pi Single board computer system.    This system is designed to connect to any type of network such as GPRS, LAN, Wi-Fi for telemedicine. This system will serve as communication backbone for telemedicine implementation in rural India. Recently, remote healthcare systems have received increasing attention in the last decade, explaining why intelligent systems with physiology signal monitoring for e-health care are an emerging area of development. Therefore, this work adopts a system which includes continuous collection and evaluation of multiple vital signs, long-term healthcare, and a cellular connection to a medical center in emergency case and it transfers all acquired raw data by the internet in normal case. The proposed system can continuously acquire four different physiological signs, for example, ECG, SpO2, temperature, and blood pressure and further relayed them to an intelligent data analysis. The proposed system also has a friendly web-based interface for medical staff to observe immediate pulse signals for remote treatment. Once abnormal event happened or the request to real-time display vital signs is confirmed, all physiological signs will be immediately transmitted to remote medical server through both cellular networks and internet. Also data can be transmitted to a family member’s mobile phone or doctor’s phone through GPRS. A prototype of such system has been successfully developed and implemented, which will offer high standard of healthcare with a major reduction in cost for our society. By using this system doctors are easily communicate with high experience and forensic people.

Abstract: Software-defined networking (SDN) is rapidly transforming the networking ecosystem of cloud computing datacenters. However, replicating SDN enabled cloud infrastructures to conduct practical research in this domain requires a great deal of effort and capital expenditure. This article presents the CLOUDS-Pi platform, a small-scale cloud datacenter for doing research on software defined clouds. As part of it, Open v Switch is integrated with Raspberry-Pis, low-costembedded computers, to build up a network of OpenFlow switches. The article providestwo use cases and reports on validation and performance evaluation. It also discussesthe benefits and limitations of CLOUDS-Pi in particular and SDN in general.

Abstract: In this paper, a Lorenz-like chaotic system was developed to encrypt the dorsal hand patterns on a microcomputer. First, the dorsal hand vein images were taken from the subjects via an infrared camera. These were subjected to two different processes called contrast enhancement and segmentation of vein regions. Second, the pre- and post-processed images were encrypted with a new encryption algorithm in the microcomputer environment. For the encryption process, random numbers were generated by the chaotic system. These random numbers were subjected to NIST-800-22 test which is the most widely accepted statistical test suite. The speeded up robust feature (SURF) matching algorithm was utilized in the initial condition sensitivity analysis of the encrypted images. The results of the analysis have shown that the proposed encryption algorithm can be used in identification and verification systems. The encrypted images were analyzed with histogram, correlation, entropy, pixel change rate (NPCR), initial condition sensitivity, data loss, and noise attacks which are frequently used for security analyses in the literature. In addition, the images were analyzed after noise attacks by means of peak signal-to-noise ratio (PSNR), mean square error (MSE), and the structural similarity index (SSIM) tests. It has been shown that the dorsal hand vein images can be used in identification systems safely with the help of the proposed method on microcomputers.

Abstract: Technology is growing at an unexpectedly fast pace with the unveiling of the family friendly robots that play the role of a personal assistant at home. Man has already started interacting with computers and smartphones. It is anticipated that social robots shall replace these computers and smartphones in the near future. This work is delving into the design of one such social robot, which supports the above proposition. This paper discusses of an interactive personal assistant robot that is developed using the Raspberry Pi computing engine.

DHS Informatics believes in students’ stratification, we first brief the students about the technologies and type of Raspberry Pi projects and other domain projects. After complete concept explanation of the IEEE Raspberry Pi projects, students are allowed to choose more than one IEEE Raspberry Pi projects for functionality details. Even students can pick one project topic from Raspberry Pi and another two from other domains like Raspberry Pi, image process, information forensic, big data, and Raspberry Pi, block chain etc. DHS Informatics is a pioneer institute in Bangalore / Bengaluru; we are supporting project works for other institute all over India. We are the leading final year project centre in Bangalore / Bengaluru and having office in five different main locations Jayanagar, Yelahanka, Vijayanagar, RT Nagar & Indiranagar.

We appreciated by students for our Latest IEEE projects & concepts on final year Raspberry Pi projects for ECE, CSE, and ISE departments. 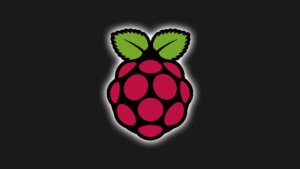