DHS Informatics providing latest 2019-2020 IEEE projects on CMOS / VLSI projects for the final year engineering students. DHS Informatics trains all students in VLSI techniques to develop their project with good idea what they need to submit in college to get good marks. DHS Informatics offers placement training in VLSI at Bangalore and the program name is OJT – On Job Training, job seekers as well as final year college students can join in this placement training program and job opportunities in their dream IT companies. We are providing IEEE projects for B.E / B.TECH, M.TECH, MCA, BCA, DIPLOMA students from more than two decades.

DHS Informatics believes in students’ stratification, we first brief the students about the technologies and type of CMOS / VLSI projects and other domain projects. After complete concept explanation of the IEEE CMOS / VLSI projects, students are allowed to choose more than one IEEE CMOS / VLSI projects for functionality details. Even students can pick one project topic from CMOS / VLSI and another two from other domains like CMOS / VLSI, image process, information forensic, big data, and CMOS / VLSI, block chain etc. DHS Informatics is a pioneer institute in Bangalore / Bengaluru; we are supporting project works for other institute all over India. We are the leading final year project centre in Bangalore / Bengaluru and having office in five different main locations Jayanagar, Yelahanka, Vijayanagar, RT Nagar & Indiranagar.

We appreciated by students for our Latest IEEE projects & concepts on final year CMOS / VLSI projects for ECE, CSE, and ISE departments. 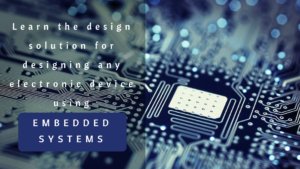 The development of microelectronics spans a time which is even lesser than the average life expectancy of a human, and yet it has seen as many as four generations. Early 60’s saw the low density fabrication processes classified under Small Scale Integration (SSI) in which transistor count was limited to about 10. This rapidly gave way to Medium Scale Integration in the late 60’s when around 100 transistors could be placed on a single chip.

It was the time when the cost of research began to decline and private firms started entering the competition in contrast to the earlier years where the main burden was borne by the military. Transistor-Transistor logic (TTL) offering higher integration densities outlasted other IC families like ECL and became the basis of the first integrated circuit revolution. It was the production of this family that gave impetus to semiconductor giants like Texas Instruments, Fairchild and National Semiconductors. Early seventies marked the growth of transistor count to about 1000 per chip called the Large Scale Integration.

By mid eighties, the transistor count on a single chip had already exceeded 1000 and hence came the age of Very Large Scale Integration or VLSI. Though many improvements have been made and the transistor count is still rising, further names of generations like ULSI are generally avoided. It was during this time when TTL lost the battle to MOS family owing to the same problems that had pushed vacuum tubes into negligence, power dissipation and the limit it imposed on the number of gates that could be placed on a single die.

The second age of Integrated Circuits revolution started with the introduction of the first microprocessor, the 4004 by Intel in 1972 and the 8080 in 1974. Today many companies like Texas Instruments, Infineon, AllianceSemiconductors, Cadence, Synopsys, Celox Networks, Cisco, Micron Tech, National Semiconductors, ST Microelectronics, Qualcomm, Lucent, Mentor Graphics, Analog Devices, Intel, Philips, Motorola and many other firms have been established and are dedicated to the various fields in “VLSI” like Programmable Logic Devices, Hardware Descriptive Languages, Design tools, Embedded Systems etc.

Why polysilicon gate? The most significant aspect of using polysilicon as the gate electrode is its ability to be used as a further mask to allow precise definition of source and drain regions. This is achieved with minimum gate to source/drain overlap, which leads to lower overlap capacitances and improved circuit performance.

Procedure: A thick layer of oxide is grown on the wafer surface which is known as field oxide (FOX). It is much thicker than the gate oxide. It acts as shield which protects the underlying substrate from impurities when other processes are being carried out on the wafer. Besides, it also aids in preventing conduction between unrelated transistor source/drains. In fact, the thick FOX can act as a gate oxide for a parasitic MOS transistor. The threshold voltage of this transistor is much higher than that of a regular transistor due to thick field oxide. The high threshold voltage is further ensured by introducing channel-stop diffusion underneath the field oxide, which raises the impurity concentration in the substrate in the areas where transistors are not required.

A window is opened in the field oxide corresponding to the area where the transistor is to be made. A thin highly controlled layer of oxide is deposited where active transistors are desired. This is called gate oxide or thinox. A thick layer of silicon dioxide is required elsewhere to isolate the individual transistors.

The thin gate oxide is etched to open windows for the source and drain diffusions. Ion implantation or diffusion is used for the doping. The former tends to produce shallower junctions which are compatible with fine dimension processes. As the diffusion process occurs in all directions, the deeper a diffusion is the more it spreads laterally. This lateral spread determines the overlap between gate and source/drain regions.

VLSI chiefly comprises of Front End Design and Back End design these days. While front end design includes digital design using HDL, design verification through simulation and other verification techniques, the design from gates and design for testability, backend design comprises of CMOS library design and its characterization. It also covers the physical design and fault simulation.
While Simple logic gates might be considered as SSI devices and multiplexers and parity encoders as MSI, the world of VLSI is much more diverse. Generally, the entire design procedure follows a step by step approach in which each design step is followed by simulation before actually being put onto the hardware or moving on to the next step.
The major design steps are different levels of abstractions of the device as a whole:

1. Problem Specification: It is more of a high level representation of the system. The major parameters considered at this level are performance, functionality, physical dimensions, fabrication technology and design techniques. It has to be a tradeoff between market requirements, the available technology and the economical viability of the design. The end specifications include the size, speed, power and functionality of the VLSI system.

3. Functional Design: Defines the major functional units of the system and hence facilitates the identification of interconnect requirements between units, the physical and electrical specifications of each unit. A sort of block diagram is decided upon with the number of inputs, outputs and timing decided upon without any details of the internal structure.

4. Logic Design: The actual logic is developed at this level. Boolean expressions, control flow, word width, register allocation etc. are developed and the outcome is called a Register Transfer Level (RTL) description. This part is implemented either with Hardware Descriptive Languages like VHDL and/or Verilog. Gate minimization techniques are employed to find the simplest, or rather the smallest most effective implementation of the logic.

5. Circuit Design: While the logic design gives the simplified implementation of the logic,the realization of the circuit in the form of a netlist is done in this step. Gates, transistors and interconnects are put in place to make a netlist. This again is a software step and the outcome is checked via simulation.

6. Physical Design: The conversion of the netlist into its geometrical representation is done in this step and the result is called a layout. This step follows some predefined fixed rules like the lambda rules which provide the exact details of the size, ratio and spacing between components.

This step is further divided into sub-steps which are:
6.1 Circuit Partitioning: Because of the huge number of transistors involved, it is not possible to handle the entire circuit all at once due to limitations on computational capabilities and memory requirements. Hence the whole circuit is broken down into blocks which are interconnected.
6.2 Floor Planning and Placement: Choosing the best layout for each block from partitioning step and the overall chip, considering the interconnect area between the blocks, the exact positioning on the chip in order to minimize the area arrangement while meeting the performance constraints through iterative approach are the major design steps taken care of in this step.
6.3 Routing: The quality of placement becomes evident only after this step is completed. Routing involves the completion of the interconnections between modules. This is completed in two steps. First connections are completed between blocks without taking into consideration the exact geometric details of each wire and pin. Then, a detailed routing step completes point to point connections between pins on the blocks.
6.4 Layout Compaction: The smaller the chip size can get, the better it is. The compression of the layout from all directions to minimize the chip area thereby reducing wire lengths, signal delays and overall cost takes place in this design step.
6.5 Extraction and Verification: The circuit is extracted from the layout for comparison with the original netlist, performance verification, and reliability verification and to check the correctness of the layout is done before the final step of packaging.

7. Packaging: The chips are put together on a Printed Circuit Board or a Multi Chip Module to obtain the final finished product.

While FPGAs have inbuilt libraries and a board already built with interconnections and blocks already in place; Semi Custom design can allow the placement of blocks in user defined custom fashion with some independence, while most libraries are still available for program development. Full Custom Design adopts a start from scratch approach where the programmer is required to write the whole set of libraries and also has full control over the block development, placement and routing. This also is the same sequence from entry level designing to professional designing.