We appreciated by students for our Latest IEEE projects & concepts on final year Telecommunication projects for ECE, CSE, and ISE departments. 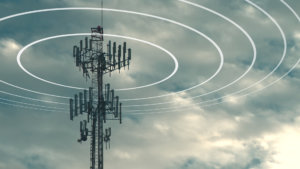 A revolution in wireless communication began in the first decade of the 20th century with the pioneering developments in radio communications by Guglielmo Marconi, who won the Nobel Prize in Physics in 1909, and other notable pioneering inventors and developers in the field of electrical and electronic telecommunications. These included Charles Wheatstone and Samuel Morse (inventors of the telegraph), Alexander Graham Bell (inventor of the telephone), Edwin Armstrong and Lee de Forest (inventors of radio), as well as Vladimir K. Zworykin, John Logie Baird and Philo Farnsworth (some of the inventors of television).

Telecommunication technologies may primarily be divided into wired and wireless methods. Overall though, a basic telecommunication system consists of three main parts that are always present in some form or another:

Sometimes, telecommunication systems are “duplex” (two-way systems) with a single box of electronics working as both the transmitter and a receiver, or a transceiver. For example, a cellular telephone is a transceiver. The transmission electronics and the receiver electronics within a transceiver are actually quite independent of each other. This can be readily explained by the fact that radio transmitters contain power amplifiers that operate with electrical powers measured in watts or kilowatts, but radio receivers deal with radio powers that are measured in the microwatts or nanowatts. Hence, transceivers have to be carefully designed and built to isolate their high-power circuitry and their low-power circuitry from each other, as to not cause interference.

Telecommunications in which multiple transmitters and multiple receivers have been designed to cooperate and to share the same physical channel are called multiplex systems. The sharing of physical channels using multiplexing often gives very large reductions in costs. Multiplexed systems are laid out in telecommunication networks, and the multiplexed signals are switched at nodes through to the correct destination terminal receiver.

Communications signals can be sent either by analog signals or digital signals. There are analog communication systems and digital communication systems. For an analog signal, the signal is varied continuously with respect to the information. In a digital signal, the information is encoded as a set of discrete values (for example, a set of ones and zeros). During the propagation and reception, the information contained in analog signals will inevitably be degraded by undesirable physical noise. (The output of a transmitter is noise-free for all practical purposes.) Commonly, the noise in a communication system can be expressed as adding or subtracting from the desirable signal in a completely random way. This form of noise is called additive noise, with the understanding that the noise can be negative or positive at different instants of time. Noise that is not additive noise is a much more difficult situation to describe or analyze, and these other kinds of noise will be omitted here.

On the other hand, unless the additive noise disturbance exceeds a certain threshold, the information contained in digital signals will remain intact. Their resistance to noise represents a key advantage of digital signals over analog signals.

A telecommunications network is a collection of transmitters, receivers, and communications channels that send messages to one another. Some digital communications networks contain one or more routers that work together to transmit information to the correct user. An analog communications network consists of one or more switches that establish a connection between two or more users. For both types of network, repeaters may be necessary to amplify or recreate the signal when it is being transmitted over long distances. This is to combat attenuation that can render the signal indistinguishable from the noise. Another advantage of digital systems over analog is that their output is easier to store in memory, i.e. two voltage states (high and low) are easier to store than a continuous range of states.

The term “channel” has two different meanings. In one meaning, a channel is the physical medium that carries a signal between the transmitter and the receiver. Examples of this include the atmosphere for sound communications, glass optical fibers for some kinds of optical communications, coaxial cables for communications by way of the voltages and electric currents in them, and free space for communications using visible light, infrared waves, ultraviolet light, and radio waves. Coaxial cable types are classified by RG type or “radio guide”, terminology derived from World War II. The various RG designations are used to classify the specific signal transmission applications. This last channel is called the “free space channel”. The sending of radio waves from one place to another has nothing to do with the presence or absence of an atmosphere between the two. Radio waves travel through a perfect vacuum just as easily as they travel through air, fog, clouds, or any other kind of gas.

The other meaning of the term “channel” in telecommunications is seen in the phrase communications channel, which is a subdivision of a transmission medium so that it can be used to send multiple streams of information simultaneously. For example, one radio station can broadcast radio waves into free space at frequencies in the neighborhood of 94.5 MHz (megahertz) while another radio station can simultaneously broadcast radio waves at frequencies in the neighborhood of 96.1 MHz. Each radio station would transmit radio waves over a frequency bandwidth of about 180 kHz (kilohertz), centered at frequencies such as the above, which are called the “carrier frequencies”. Each station in this example is separated from its adjacent stations by 200 kHz, and the difference between 200 kHz and 180 kHz (20 kHz) is an engineering allowance for the imperfections in the communication system.

In the example above, the “free space channel” has been divided into communications channels according to frequencies, and each channel is assigned a separate frequency bandwidth in which to broadcast radio waves. This system of dividing the medium into channels according to frequency is called “frequency-division multiplexing”. Another term for the same concept is “wavelength-division multiplexing”, which is more commonly used in optical communications when multiple transmitters share the same physical medium.

Modern insurgents, such as those in the latest Iraq War, often use intimidating telephone calls, SMSs and the distribution of sophisticated videos of an attack on coalition troops within hours of the operation. “The Sunni insurgents even have their own television station, Al-Zawraa, which while banned by the Iraqi government, still broadcasts from Erbil, Iraqi Kurdistan, even as coalition pressure has forced it to switch satellite hosts several times.”